The governance of bodies.
Two bodies, each with different shapes, gestures and ways of moving, meet each other, confront each other and even fight each other, each with her own agenda. Onstage, games of power, seduction, normalization and even subjugation take place inside a relentless, deadly structure. Using their bodies and different ways of amplifying certain movements, they provoke and defy each other, in a process of manipulation and resistance, in constant, jostling negociation.
A central mechanism disturbs the space, directing the performers’ actions; they are actually just trying to remain standing. Their attraction toward the center, its power, sets up a standoff of gestural rhetoric. The symbolism of competing bodies, attitudes, postures and standing continues, each fighting for the light.

Chef de corps is inspired by the idea of panoptic architecture as set design, with a central axis able to observe and monitor groups of individuals. Far from being the simple illustration of Bentham’s 18th century prison structure and other ways of monitoring the activities of certain people, it intends to be a way to question our society, its forms of surveillance as well as its tools for manipulation.

Chef de corps is part of the project we call CORPS DISCIPLINAIRES, a project which explores on several levels the influence of the authorities on our perceptions and movements.

With support from: UQAM (University of Quebec in Montreal, Dance and New Technologies Department), Hexagram Montreal.
Thanks to Les Ateliers intermédiaires, Danse Perspective. 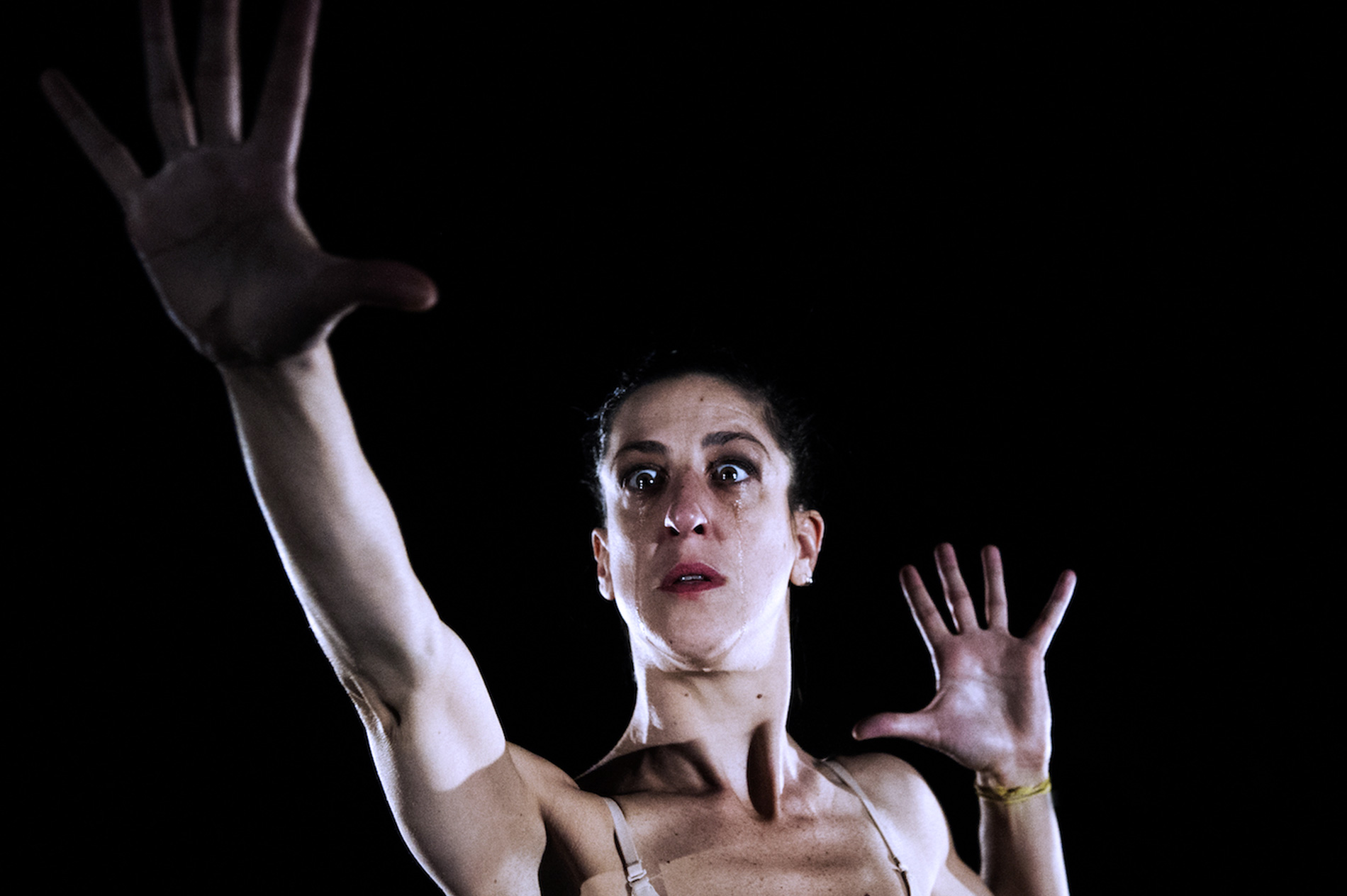 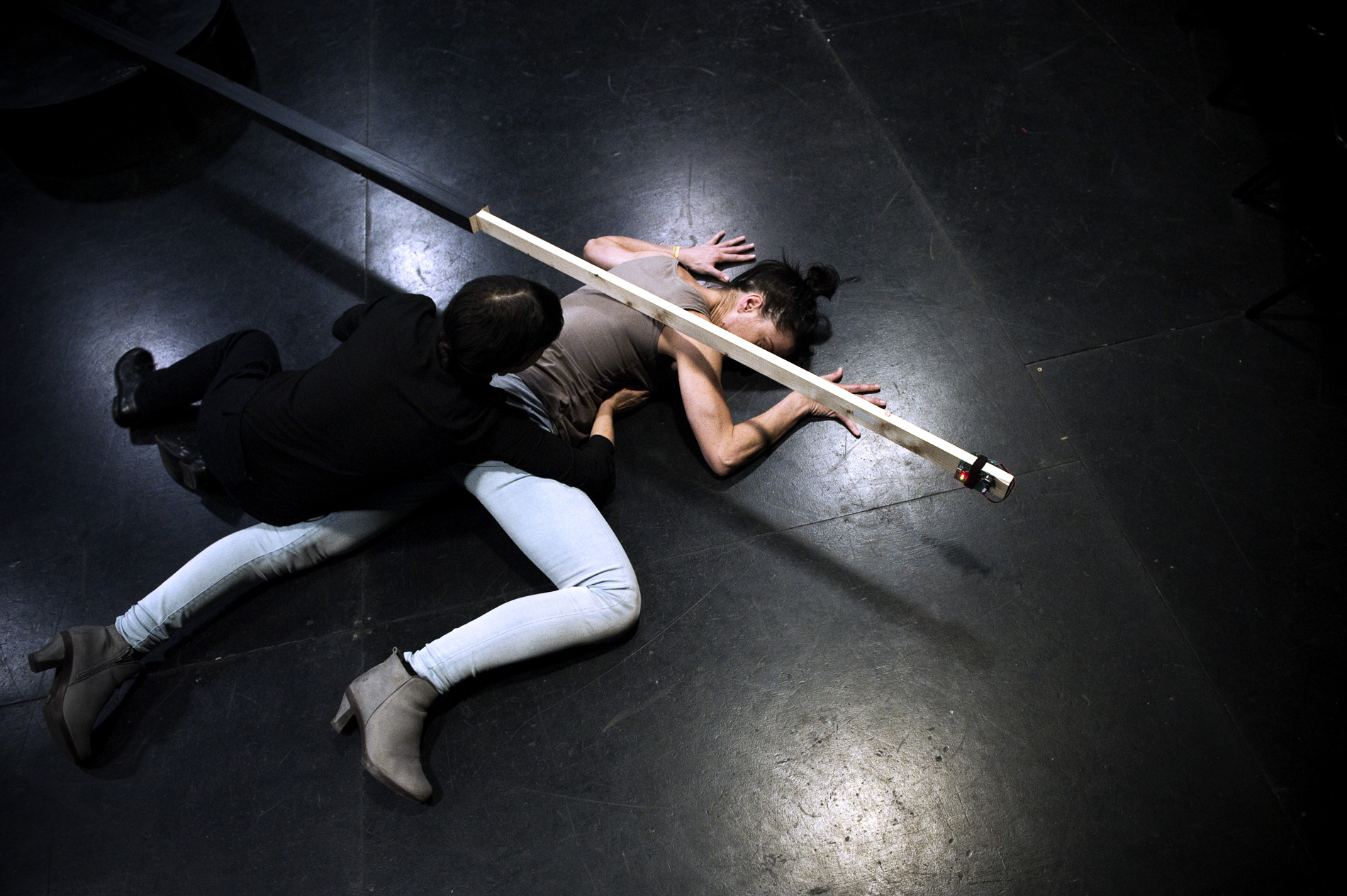 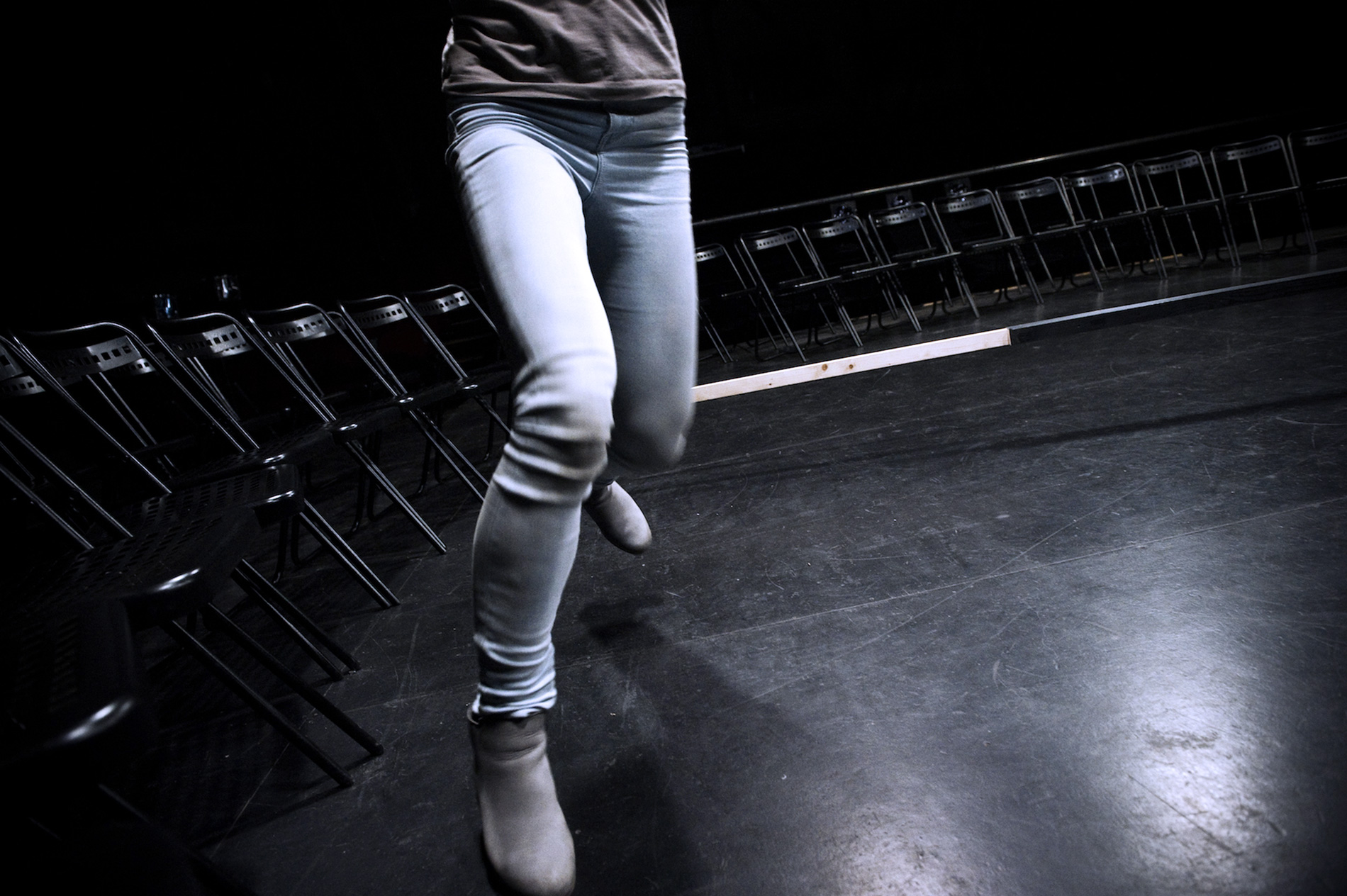 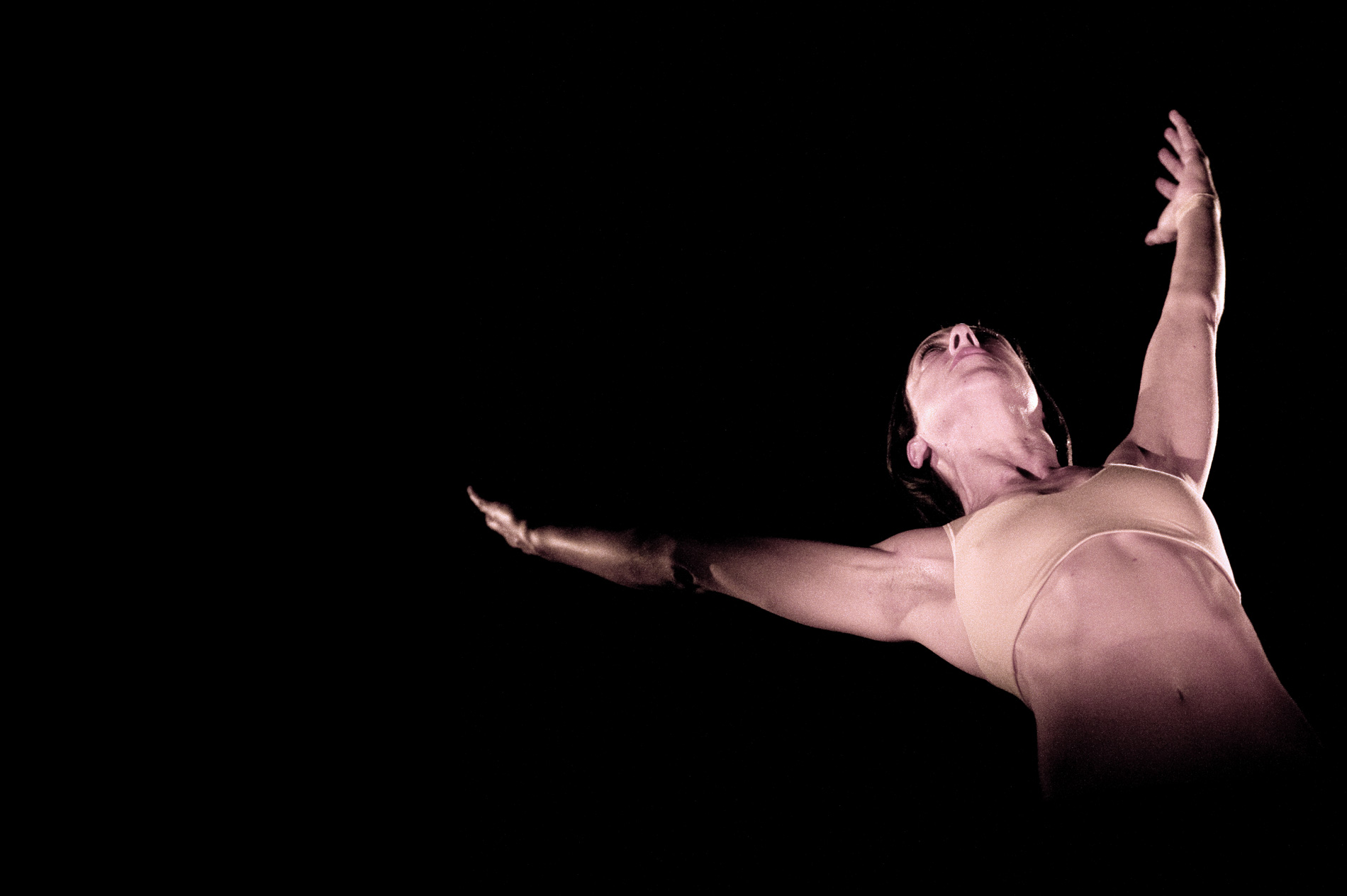 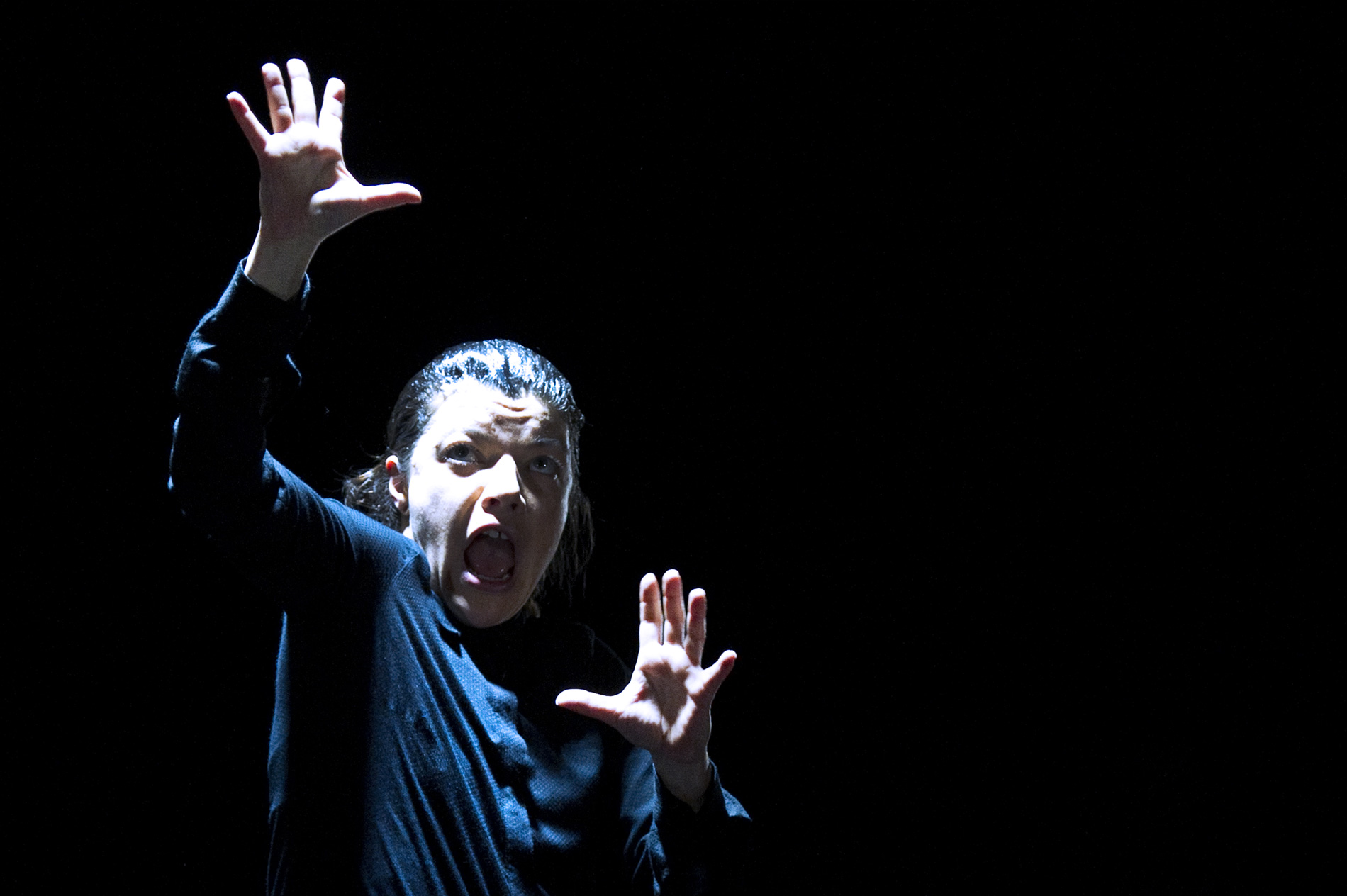 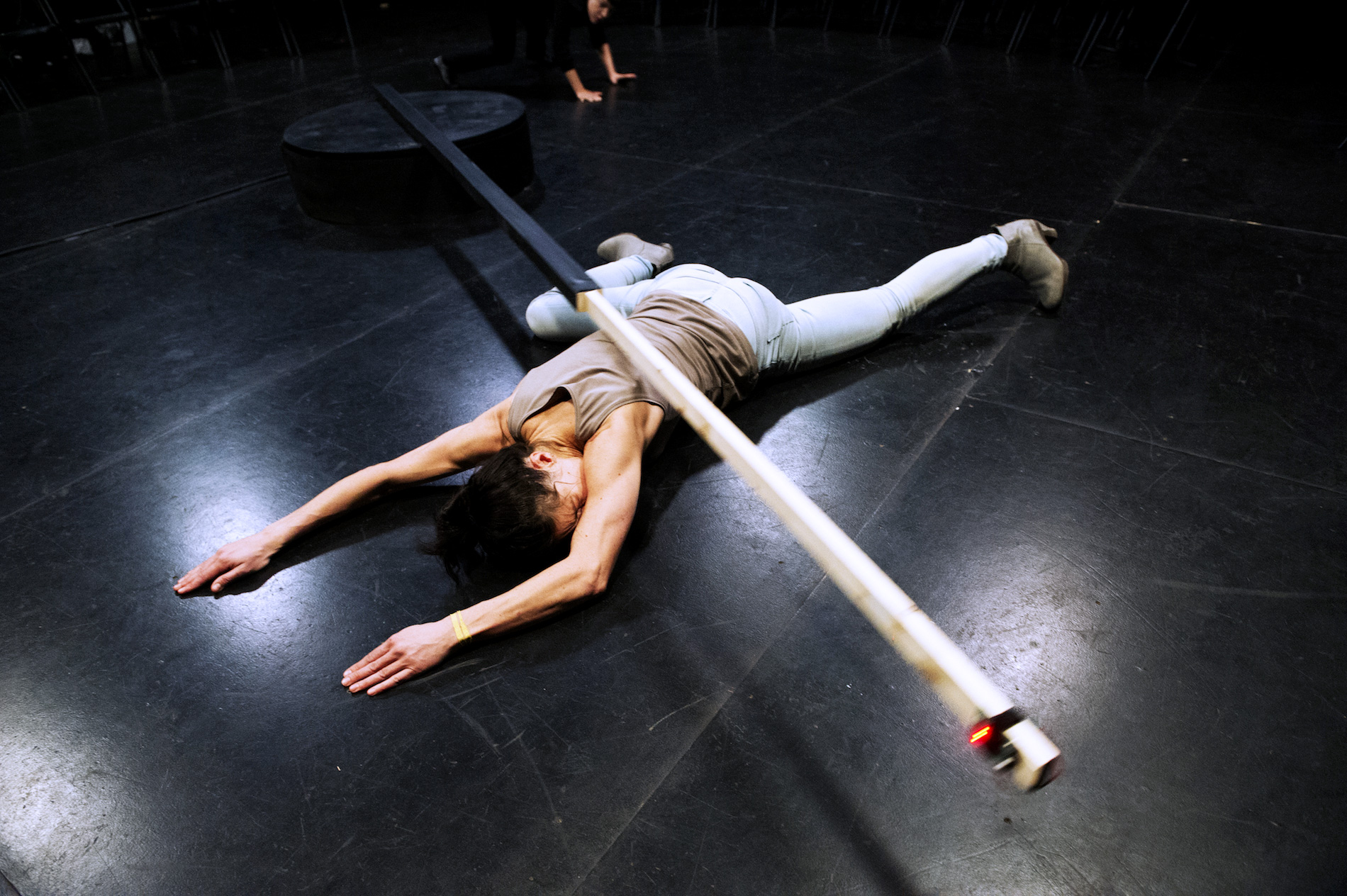